"Never again the in the history of humanity": information education for onlife

It has become commonplace for those involved in the education of information professionals to note the need for new skills and competencies in an ever-changing and increasingly challenging digital information environment. This presentation (co-authored with my colleague Lyn Robinson) examines this perception through the lens of Luciano Floridi's concept of the 'infosphere', and suggests some appropriate responses by educators in library and information science (LIS). Floridi (2018) explains the infosphere as the condition of 'onlife', a seamless merging of analogue and digital, offline and online, and points out that the transition to onlife has already happened, and happens only once in the history of a species. Those of us teaching LIS today are the only generation that will ever experience the world before and after this transition.
This presentation reflects on this, and suggests some responses, particularly in education for data management and for digital ethics, to prepare our students to participate in the design of the infosphere, and the information society which will inhabit it.
Floridi, L. (2018), Soft ethics and the governance of the digital, Philosophy and Technology, doi 10.1007/s13347-018-0303-9 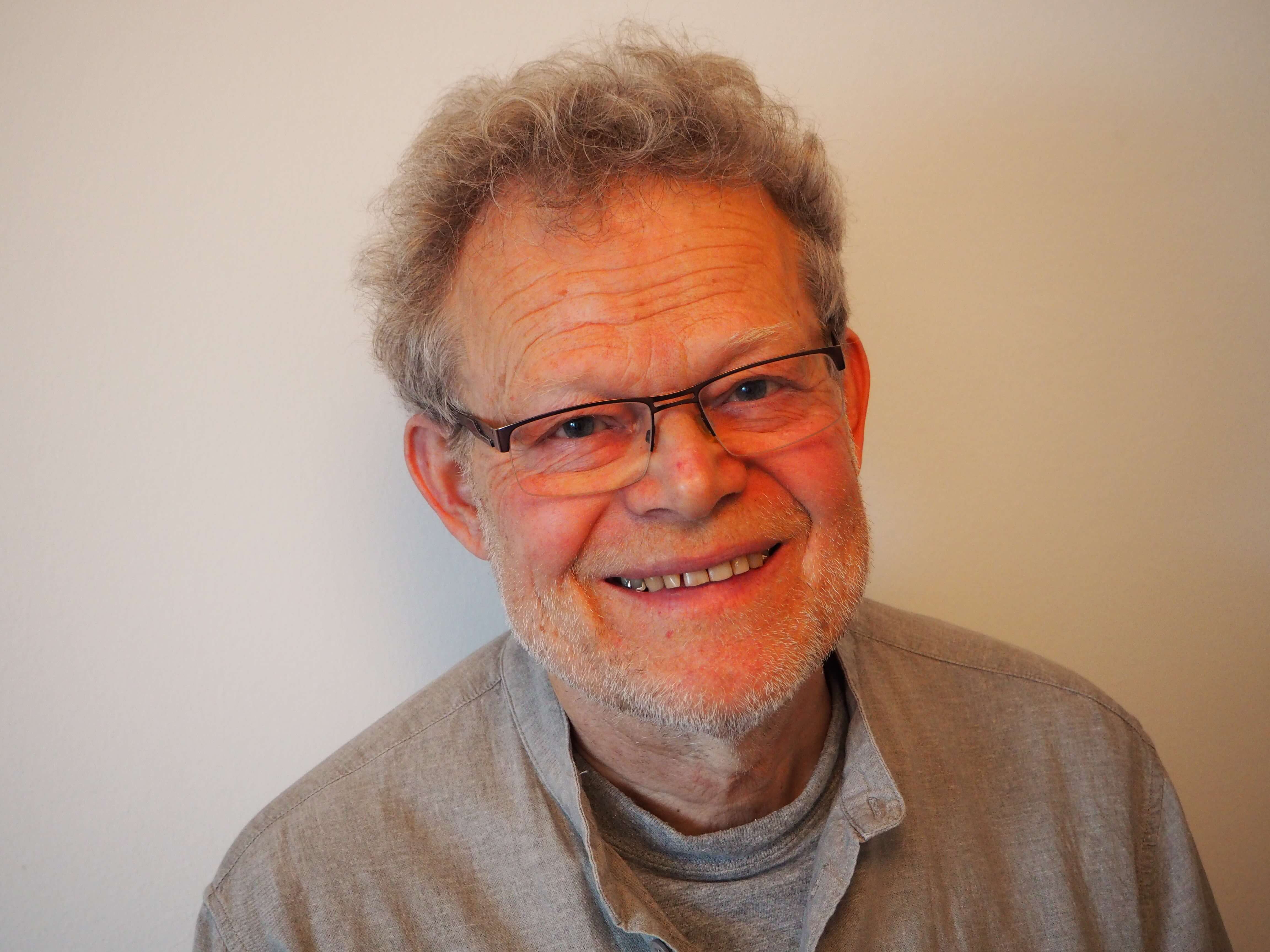 Leif Kajberg was for many years (until 1 September 2008), affiliated with the Royal School of Library and Information Science, Denmark. He has taught courses on information policy and lectured on international librarianship. He has served as the Royal School's research officer and international coordinator and built up an experience in managing and coordinating international student and staff mobility and in organizing intensive international programs. In January 2007, Leif Kajberg was awarded EUCLID's BOBCAT of the Year prize for outstanding contributions in promoting European library and information science (shared with Leif Lørring). He has published widely in Danish and international LIS journals. Furthermore, Leif Kajberg served as regional co-editor for the European part of the IFLA collective volume entitled Global Library and Information Science: A Textbook for Students and Educators (2009) and as co-author of that book's sub-chapter on European LIS education. He co-authored the LIS education chapter of the 2nd edition of this IFLA publication that appeared in 2017. In progress is a paper on the profiled American library educator and administrator Paul Wasserman’s seminal work The New Librarianship: A Challenge for Change (1972). For some years, Leif Kajberg acted as a referee for the journal TK Turkish Librarianship. He has served as an Academic Expert to the European Union's Lifelong Learning Program (LLP). He also served as an academic expert (within the ERASMUS program) to the Danish Agency for International Education, which supports the internationalization of education and training in Denmark. 2008-2010 he reviewed professional literature on Library & Information Science (LIS) topics for the magazine Bibliotekspressen (The Library Press) published by the Librarians' Union in Denmark. In September 2008, Leif Kajberg stepped down from his position at the Royal School to dedicate some time to work as an independent researcher and reviewer. His current research interests include the future role of public libraries in a critical perspective, theory building in public librarianship and the development of library and information science theoretical frameworks in Germany in the years after 1970. For the being, he is Deputy Chairman of the Council for Sustainable Transportation in Denmark (as NGO).

Diversity prevails in European LIS education and a range of thematic profiles of courses and LIS programmes can be identified. Ángel Borrego’s mainly web-based analysis of European LIS schools (2015) and Jeannie Borup Larsen’s mapping study of the providers of LIS education throughout Europe (2005) provide ample evidence on the variety of programme structures, levels, course titles and lengths, subject emphases of curricula, resources (number of educators), host institutions and other features. So, on the whole, as shown by the chapter on European LIS education in the collective work Global Library and Information Science (2017), LIS education in Europe presents a mixed bag with its miscellany of language contexts, historical distinctiveness, academic cultures, epistemological traditions and structural intricacies.

At the same time, there is a long and well-developed tradition of cooperation, meeting and networking activities in LIS educational contexts in Europe. The Bologna Process, which had as its aim to establish a European Area of Higher Education (EHEA), has received considerable attention as well and left its stamp on LIS educational structures in Europe. An important milestone in this context was the conduction of the EU-SOCRATES-funded European curriculum development project initiated and administered by the Royal School of Library and Information Science (RSLIS) in Denmark. A major objective was to bring European LIS educators together in an effort to invite them to actively contribute to explorative discussions centring on twelve pre-identified themes of LIS curricular relevance. Based on the major visible output of the project, the e-book European Curriculum Reflections on Library and Information Science Education (2005), some retrospective observations and ideas are presented on the effects and impact of this far-sighted joint project. In addition to reminiscing and touching upon project mechanics, outcomes, problems and obstacles – would a replication be feasible? – some comments are briefly made on issues and developments of a more recent nature including iSchools, new curricular elements and themes and the increasing concern with “imported” theoreticians (philosophy, sociology, etc.). Two examples (Finland and the USA) are supplied of LIS educators and scholars standing up for libraries and librarianship as opposed to information science and information business. Add to this the turbulence and disruptive influences of the outer world (the information society, the EU and Europe, reviving nationalism, etc.). 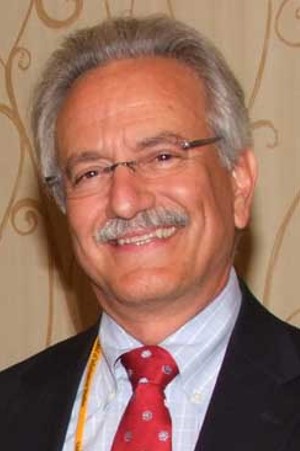 Gary Marchionini is the Dean and Cary C. Boshamer Professor in the School of Information and Library Science at the University of North Carolina at Chapel Hill. He teaches courses in human-information interaction, interface design and testing, and digital libraries. He has published over 200 articles, chapters and reports in a variety of books and journals. Professor Marchionini has had grants or research awards from the National Science Foundation, Council on Library Resources, the National Library of Medicine, the Library of Congress, Bureau of Labor Statistics, Kellogg Foundation, NASA, The National Cancer Institute, Microsoft, Google, and IBM among others. Professor Marchionini was Editor-in-Chief for the ACM Transaction on Information Systems (2002-2008) and is the editor for the Morgan-Claypool Lecture Series on Information Concepts, Retrieval, and Services. He has been program chair for ACM SIGIR (2005) and ACM/IEEE JCDL (2002) as well as general chair of ACM DL 96 and JCDL 2006. He served as President of the American Society for Information Science and Technology (2010). His current interests and projects are related to: interfaces that support information seeking and information retrieval, and issues arising from data science and ubiquitous information.

Today’s technical abilities to collect, store, and analyze streams of data have spurred advances in science, commerce, and public policy and spawned the emerging field of data science. An explosion of jobs and research opportunities have caused statisticians, computer scientists, information scientists, and specialists from different disciplines to adopt data science research agendas and career pathways. This talk will focus on how data science draws from these different domains with an emphasis on the roles that information science play, especially organization, metadata, ethics, representation, and preservation. 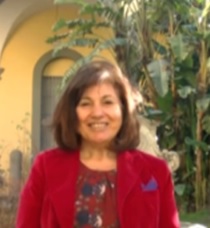 Anna Maria Tammaro teaches in "DILL International Master Digital Library Learning" Joint Master with Tallinn University and the University of Parma. She has been involved in the internationalization of LIS education since 2000, coordinating the international Master Information Studies (MAIS) with the University of Northumbria and teaching in the Writing Heritage in a Digital Environment (WHIDE), a joint Master Degree offered the University of Zadar, the University of Osijek, and Parma University.
She has been a lecturer in the e-learning course "Digital publishing and digitalization flow" in the ICON platform and author of the MOOC "Digital Library in Principle and Practice" in the EMMA platform.
She has long been interested in research on the subject of pedagogy innovation and Open Education in LIS and has been involved in developing international curriculums in European projects in Armenia, Georgia, Uzbekistan, Palestine, Bulgaria.
She was in the Governing Board of IFLA, Chair of the Education and Training Section and Chair of the LIbrary Theory and Research Section: currently she is a member of the IFLA Commission Library Theory and Research and Secretary of ASIS & T European Chapter. For IFLA she has carried out international research on quality and equivalence systems of qualifications and recently on the role of the Data curator.

The Benefits and challenges of internationalization of LIS education: cooperative efforts and joint courses experiences in Europe

The internationalization of higher education and the related problems of recognition of qualifications and accreditation of courses was the objective of the Bologna Process in Europe, encouraging the experimentation of courses in cooperation between European LIS schools. These experiences of cooperation are an important laboratory to understand how to create a "Glocal" LIS education, where an international curriculum is adapted to third countries students and to local context. The presentation describes the models of accreditation and equivalency of qualifications experimented by joint courses and some solutions adopted for internship, distance learning, specialised content. The problems encountered, as well as some reflections on what could have been done better are also presented as lessons learned.


This project has been funded with support from European Commission. This publication [communication] reflect the views only of the author, and the Commission cannot be held responsible for any use which may be made of the information contained therein.